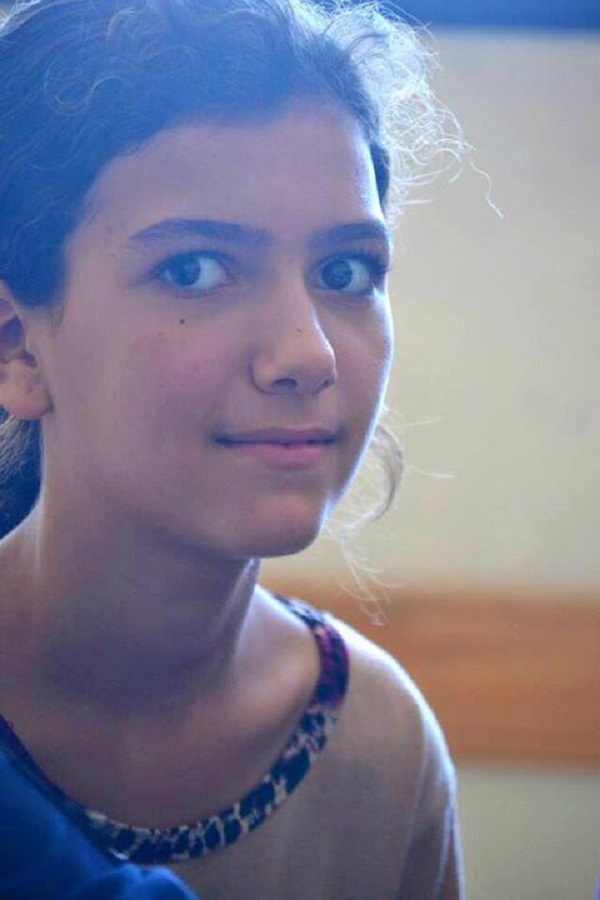 (Taghreed Atallah – Gaza) – Called Palestine , but not the one that everyone agreed to love until it reached out to the case here. and its not For those who are confused at times in order to pronounce it to be classified as «those or these » as defined by the Egyptian star Adel Imam discribing « Hamas » and « Fatah » in one of his works.also its not the one which newspapers images,local and international policies formed on its structure , and adobted by global solidarity organizations from east and west and whoever else came to it. a pretty presentable in the twelfth year old girl, being more beautiful by the sun glow emitted from the public school window where she was staying and her family since the massacre in Shuja’iyya neighborhood in the first days of the recent war on Gaza after destroying the small family home.palastine name didnt come into existence by considence , naming it wasnt that so easy,also confirms her older brother Ahmed (born in 1987), though as it alone about to become a weapon declared in the face of the enemy whenevr renaming it again.Indeed this is the idea of the parent Rock Heat(53 years old) to participate in the events of the first Rising in 1987 even though by his daughter name. But at that time the family Migration to Jordon according to the father leaded him to the reservation and postpone of the idea, fearing that it could be harmful by participation in Demonstrations that would be in contrary to the policy of the host country to him and his family. Many details to tell by the parents while they are watching their kids huddled around listening to the story and in the middle of them their little Palstine with a wondrous silence.since the family returned to the neighborhood after the first Shuja’iyya displacment and had this 2002 girl they just named her Palastine. A story to be completed more when the mother uttered the triple name of her daughter (Palastine Rock Heat refering to that the mothers family name is (Blood).as if the Exaggeration of the national combination if the name almost summarize the palestinian story from the start to the end with out the need for any little more detail.As the truth lies in details we add during the continuous bombardment of the Shuja’iyya neighborhood the mother was gathering the official documents of the family in a small bag carrying it around wherever she went to,whether she was eating ,drinking ,performing home works,sitting near her kids or watching TV ,or anything else.if the bag wasnt by her side it would be in the grip of her hand or inside her. with a very boring details the mother tells us about her fears and cares to that small bag at a time when the lives of people from one moment to another. the most immportant is that the entire family and of course the little Palastine miraculously survived the Massacre of Shuja’iyya. Most immportantly the Jordanian travel documents survived,those documents which have long saved by the mother of the palastinian family due to its value and importance of movement and easly traveling feeling so proud of her jordanian citizenship which gives her that opprtunity of traveling especially when all suffering of Gazans in front of the Rafah crossing.The mother who was raised throughout Jordan where her parents still reside there whish always to have a chance to visit them especially in these days but the destruction of the family house in Shuja’iyya neighborhood ,having to rent a substitute and many details related to the new life after the war prevented them doing so.Many dream unfotunately cant be true neither by Jordanians passport nor Egytian or any other arab nationality.