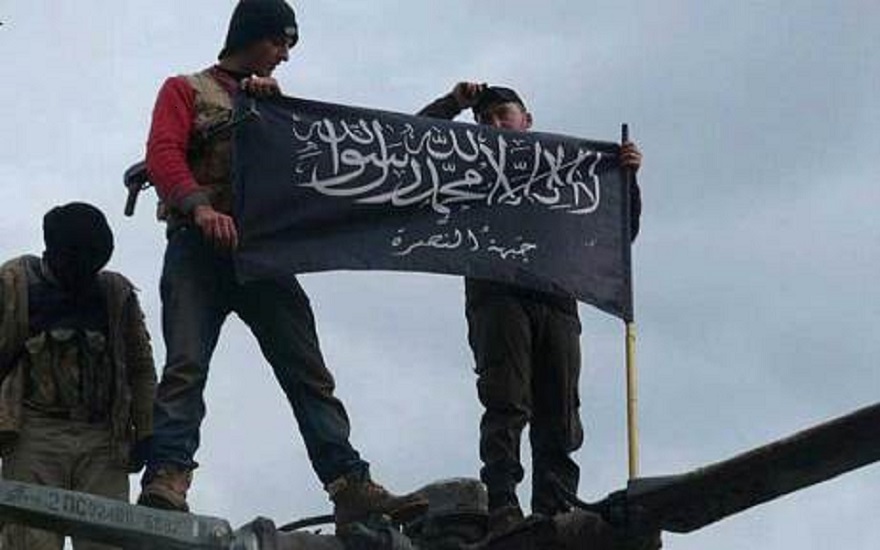 Ruth Sherlock – The Telegraph) – Al-Qaeda’s branch in Syria is attacking one of the country’s remaining Christian strongholds, as it presses its offensive against the regime of President Bashar al-Assad.

Jabhat al-Nusra fighters, who have pledged allegiance to al-Qaeda’s leader Ayman al-Zawahiri, are encircling the historic Christian town of Mhardeh and bombarding it with artillery, residents have told The Telegraph.

“There is shelling night and day. We have no electricity. There is only one road out and it is dangerous to use it now,” said Josef, a civil engineer in Mhardeh, who spoke using a pseudonym for fear of reprisals if the jihadists enter the town.

For centuries Mhardeh was a safe haven for Syria’s Greek Orthodox Christians, recently housing a population of approximately 23,000.

The spires of five carefully maintained churches are dotted on the town’s horizon, and its population is proud of the city’s heritage as the birthplace of Ignatius IV Hazim, the late Patriarch of Antioch.

Now however, Mhardeh – known locally as the “city of the sun” – has been plunged into the centre of the Syrian civil war.

The threat to the town is a stark reminder that jihadist bloodletting is not confined to Islamic State of Iraq and the Levant (Isil), the group that has declared an Islamic State in Syria and Iraq and made itself the focus of world attention.

Located just 20 miles north of the central city of Hama, on a road that leads to the coastal heartland of President Bashar al-Assad’s Alawite sect, and close to one of the Syrian government’s largest military bases, Mhardeh had long been a marked city.

For the rebels to advance against the regime in central Syria, cut off the government’s supply lines to their front lines in the northern city of Aleppo, and eventually reach the Alawites in Latakia, they need to control Mhardeh.

In August 2012, Jabhat al-Nusra took the credit for a suicide bomb that ripped through the town, killing three civilians and one security officer.

In a statement posted on a jihadist forum and translated by the SITE Intelligence group, al-Nusra made Mhardeh a focus of its offensive.

Government forces then attacked surrounding Sunni, opposition-held villages, blitzing the territory with shell fire and barrel bombs. Late last year, as opposition groups began fighting among themselves, and then against the emerging Isil, al-Nusra’s grasp on Hama province was weakened.

But last month, as attention was focused on Isil seizing swathes of northern Iraq and consolidating its control over its territories in northern Syria, al-Nusra and local allied rebel groups launched a renewed and concerted offensive in Hama region.

Fighting on several fronts, Assad had become reliant on local vigilantes and Shia militia groups trained and funded by Iran.

The regime’s manpower was then weakened when thousands of the Shia militias moved across the border to fight Isil in Iraq after the group took control of the country’s second city Mosul.

Jabhat al-Nusra and it’s allies seized on the moment to press south in Hama, taking the town of Halfaya, less than one mile east of Mhardeh and other Sunni villages in the area.

Joseph said: “We are besieged on all sides, except for one road, but it’s difficult to go on it as Nusra has the capability to hit it. The Nusra base is less than 500 meters away and that’s where they are hitting us from.”

The jihadists tried to take the power station close to Mhardeh, a huge plant that reportedly supplies power across the province, including to Hama city.

Pro-regime troops repelled the attack, but the part of the power station was damaged, plunging Mhardeh into darkness.

“We have had no electricity for 14 days now,” said Joseph. “We are surviving on what vegetable supplies we have as the meat in the fridges is rotting.

In the last week the shelling attacks have been “relentless”, said Joseph. “We’ve had more than 65 shells in one night.”
On Friday locals posted pictures of a Shaza Bitar, a 10-year-old girl, who they said had been killed in an artillery strike.

Abu Adnan al-Hamwi, a Syrian opposition activist and resident of Hama, who also spoke using a pseudonym, said the jihadists were aiming at Mhardeh not because the population is Christian, but rather because the group needs to seize a major government military complex in the area.

“This army base is the place from which the regime shells all the towns in northern Hama countryside,” he said. “Thousands of people have died in the last three years because of the rockets fired from this base.”

In a recent statement Abu Mohammed al-Jolani, the leader of Jabhat al-Nusra, said his group did not intend to persecute Christian residents of Mhardeh specifically.

Jabhat al-Nusra has generally shown itself to be less extreme than its jihadist counterpart Isil, whose practices of regular beheadings and crucifixions have been deemed too abhorrent even for Ayman al-Zawahiri, who publicly denounced the group earlier this year.

When al-Nusra captured and then released a group of nuns from the Christian town of Maaloula, the sisters reported that they had been “treated well”.

Nonetheless, the prospect of a Nusra takeover remain’s terrifying for Mhardeh’s residents.

Christian villages that have fallen into the hands of Nusra and its allies, such as Kasab in the north of the country, have seen churches desecrated and religious monuments destroyed.

Under the jihadists’ hardline rule, Christians are formally allowed to remain if they convert to Islam or pay the “Jeziya”, a religious tax that is supposed to guarantee protection.

But the reality – especially at the hands of more hardline foreign jihadists who have come to Syria to wage “holy jihad” – is more violent.

In practice, residents of Christian communities overrun by Nusra have invariably fled their homes, and hold out little prospect of returning.

In Mhardeh, the town’s men have taken up arms and joined the National Defence Force, a pro-government militia.

“Nobody is sleeping. We stay awake at night guarding the city,” said Josef, whose two sons are fighting.

“I ask the public in the West: if Nusra invade what kind of penalties will we be obliged to pay if we live under them? Will we survive?”

Tens of thousands of Syrian Christians, who made up about 10 per cent of Syria’s pre-war population of 23 million, have left for Europe since the start of conflict in 2011.

Hama province was said to be home to the largest agglomeration of Greek Orthodox Christians in Syria.

However, in addition to Mhardeh, Christian residents Suqalbiyeh and other Christian settlements in the province are also being threatened, Greek Orthodox Patriarchal Assistant Bishop Luca al- Khouri told The Telegraph.

Aware that if they left and Nusra took control, they would be unlikely to return, residents in Mhardeh have posted defiant messages on their Twitter and Facebook pages, saying they “will fight to the death”.

Priests in the local churches have been urging residents not to escape, preaching that God is on their side, residents said.

“We cannot lose: we only have one option, to achieve victory,” said Joseph.

“Because if we leave we will never be able to come back.”