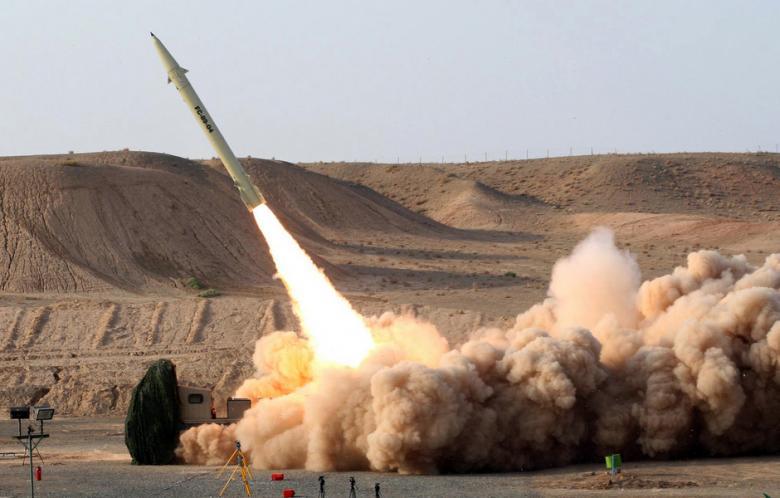 Tehran’s announcement that it provided Hezbollah with the most advanced model of the Fateh-110 surface-to-surface missile adds to the “nightmare of the Israeli army,” as Israeli daily Yediot Ahronothwrote on Saturday. What kind of missile is it, and what does it mean for the Israeli theory of “breaking the balance?”

The most advanced model of the Fateh-110 is a fourth generation missile of this system (Fateh-110-D1) unveiled in 2012. The model is characterized by high speed and accuracy. It has a 300-kilometer range and is equipped with a 500-kilogram warhead with the possibility of increasing the range if the weight of the warhead is decreased. The missile is also equipped with a new guidance system and is able to strike with 100 percent precision.

The fourth generation of Fateh-110 is more powerful and advanced than the three previous generations. It runs on solid fuel, which enables it to launch quickly without needing prior preparations. It is also characterized by a pinpoint targeting system, which means it won’t deviate from its path regardless of weather conditions. In other words, this generation of missiles is characterized by a quick launch and fewer pre-launch preparations.

The missile can reach a speed of Mach 3.7, i.e., 4,533 kilometers per hour. In other words, it is capable of hitting the Ministry of War and the Israeli General Staff in HaKirya, Tel Aviv, with a 500-kilogram warhead in two minutes or with a 300-kilogram modified warhead in less than a minute.

Seven Fateh-110-D1 missiles would cripple the effectiveness of all of Tel Aviv’s missile defense systems in less than a minute. One missile of the new generation is capable of hitting the most important power plant in the town of al-Khudaira (Hadera) in northern Occupied Palestine in less than a minute in response to an Israeli attack on power plants in Lebanon. Using Israeli-speak, this would take Israel and its citizens back to the “stone age.”

From Israel’s point of view, delivering this kind of missile to Lebanon would breach the theory of “breaking the balance.” These missiles provide a mutually destructive capability in times of war and mutual deterrence preventing Israel from engaging in a full-scale attack when there is no war. It remains for both sides to clarify the rules of engagement in between. There is no doubt, however, that the presence of these missiles in Hezbollah’s hands, in addition to other capabilities, will reflect positively for the party with regards to these rules and prompt Israel to consider very seriously a decision to attack Lebanon and not just before carrying out an attack.

The fourth generation Fateh-110 is but one of many deterrents in Hezbollah’s possession that has prevented Israel from engaging in a wide-range attack on Lebanon in the past few years. Even a limited attack will lead to a broad confrontation. This weapon, in addition to others, has protected Lebanon, its people and its infrastructure, otherwise, Israel would not have spared the country.

However, does this mean that Tel Aviv will definitely not attack Lebanon? Certainly not. Mutual deterrence does not eliminate wars, but it significantly reduces their likelihood. From Israel’s perspective, Hezbollah’s capabilities and will represent a deterrent, preventing it from launching an attack. If, however, Israel feels that Hezbollah lost any one of these factors, i.e., its capabilities or the determination to enact these capabilities, it will not refrain from launching an attack. This is what happened recently when it thought Hezbollah was preoccupied in Syria and Lebanon and would not be able to respond to its attacks. This is the risk of the mutual deterrence formula, what may be called an “error in calculations.”

Is a full-scale confrontation therefore unlikely? The answer is yes… but. It is “yes” because there is a state of mutual deterrence based on the ability of both sides to hurt each other in a way that prompts both of them to abstain from going to war or causing a war they do not want. The “but” is because the situation could also explode and that stems from the fact that there are red lines on both sides and a decision to retaliate if these lines are violated. Will Israel miscalculate again? The ball is in Israel’s court.