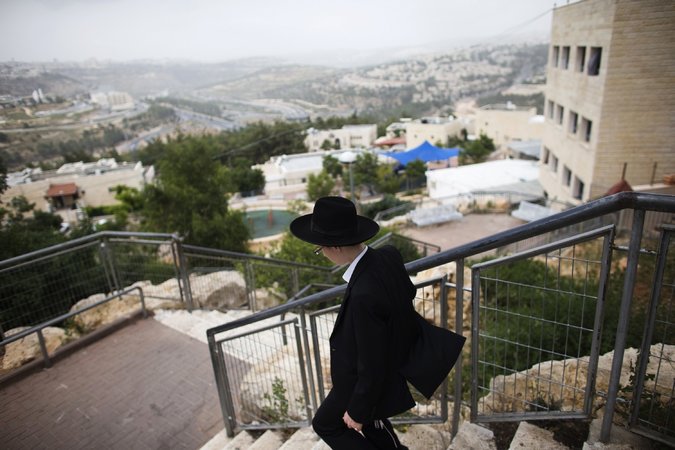 (THE NEW YORK TIMES – JERUSALEM) — Israel says it is moving ahead with the planning and construction of hundreds of Jewish settlement homes as retaliation against the new Palestinian government, which has been accepted by the United States and much of the world even though it is supported by Hamas. The announcement enraged the Palestinians and flouted international opinion.

By presenting the new building in the West Bank and East Jerusalem as a punishment over the newly constituted government of the Palestinians, who regard that territory as theirs for part of a future state, Israel set itself further apart from international consensus and drew criticism from foreign allies, including Britain, France and the United States.

Israel has condemned the new government backed by Hamas, the Islamic militant group that refuses to recognize Israel and is considered a terrorist organization by much of the West. While the government does not include any members of Hamas or other Palestinian partisan movements, Israel says such a distinction is irrelevant.

In a statement late Wednesday, Israel’s housing minister, Uri Ariel, published bids for the construction of nearly 1,500 housing units in settlements in the West Bank and East Jerusalem, calling them “an appropriate Zionist response to the establishment of the Palestinian terror government.” He said he believed this would be “just the beginning.” In addition, the authorities revived plans on Thursday for 1,800 more housing units.

The issuing of bids angered Israel’s allies, who have long been frustrated with the settlements. “We are deeply disappointed,” Marie Harf, a State Department spokeswoman, said. “As we have consistently said, these actions are unhelpful and counterproductive to achieving a two-state outcome.”

William Hague, the British foreign secretary, said in a statement that he deplored the Israeli decision “to expand a number of illegal settlements, many of which are deep within the West Bank, and in East Jerusalem.”

Israel’s settlement move threatened to isolate it further just as it was urging the world, without much success, to shun the new Palestinian government.

Though the new government is the outcome of a reconciliation pact between the Palestine Liberation Organization and Hamas, which has controlled Gaza since 2007, the cabinet is made up largely of nonpartisan professionals. The government has said it will follow a peaceful program and is committed to international principles like the renunciation of violence and the recognition of Israel. Hamas itself has not accepted those principles.

Experts said that the settlement announcement could set off an escalation of Israeli and Palestinian countermeasures and that it signaled a breakdown of coordination with the United States, Israel’s principal ally.

Nabil Abu Rudeineh, a spokesman for President Mahmoud Abbas of the Palestinian Authority, said in a statement that the Palestinian leadership would “respond in an unprecedented way.” He did not elaborate.

Saeb Erekat, a senior Palestinian official, said the Palestinians were carefully weighing their response. Speaking to reporters and diplomats earlier this week, he said that any Israeli escalation would be met with a response and that the Palestinians were preparing letters of complaint to the international bodies they had joined in April, including the Fourth Geneva Convention.

While the Israeli authorities had previously reacted to Palestinian violence with steps that included settlement expansions, this time they used settlements as a retaliation over a political change.

Israel’s settlement construction has long been a source of friction with the Obama administration, which calls the settlements illegitimate. American officials have pointed to Israeli settlement announcements over the past few months as a prime contributor to the failure of the American-brokered peace talks. The last few announcements came as compensation to the Israeli right for the release of Palestinian prisoners.

But the latest one was made amid a growing dispute between Israel and the Obama administration over the new Palestinian government that was sworn in Monday. The United States said it would continue to provide aid to it and to monitor it. The European Union and several major countries have followed suit.

Israel had expected the United States at first to take a wait-and-see approach to the government, so Israel’s immediate reaction was relatively mild, with harsh warnings rather than actual sanctions.

But American officials soon announced that they would work with the Palestinian government, surprising the Israelis, who toughened their response.

Israeli analysts pointed to a crisis of confidence between Israel and Washington and weakened American influence over events in the region.

“I think the United States lost control,” said Oded Eran, a former Israeli ambassador to the European Union and to Jordan, now a senior researcher at the Institute for National Security Studies at Tel Aviv University. “They failed to prevent the Palestinians from going to the international community, they failed to salvage the peace process and to get Israel to carry out the fourth prisoner release, and they have failed to stop the knee-jerk Israeli announcements of settlement construction every time something doesn’t go their way.”

Noting that the issue of a reconciliation between Hamas and Mr. Abbas’s Fatah faction had been on the table for a while, Mr. Eran asked, “How come Israel and the United States failed to reach an understanding?”

An Israeli official in the office of Prime Minister Benjamin Netanyahu said that the latest construction bids would have been issued along with the fourth release of Palestinian prisoners in late March, had it taken place. He said the new construction would all be in areas that Israel intended to keep under any future peace deal with the Palestinians.

Zakaria al-Qaq, a Palestinian expert in national security at Al-Quds University in East Jerusalem, said that the Palestinian side, too, was in a “very serious crisis,” despite, or because of, the reconciliation. “It adds to the problems of the Palestinian Authority,” Mr. Qaq said.

The young government is already encountering problems. In Gaza, fights broke out around automated teller machines from which public-sector workers tried to withdraw their salaries Wednesday night and Thursday morning, and police officers ultimately broke up the crowds and shuttered the banks.

For the past seven years, the 70,000 Palestinian Authority employees in Gaza have been paid but sat idle. The 40,000 who worked for the Hamas government, now disbanded, have not been paid in full for months. They showed up at the banks to block the others from collecting their pay, and skirmishes broke out.

“This government is responsible for everything; it can’t pay for a group of its employees and deprive the other one,” said one Hamas security officer, speaking on the condition of anonymity for fear of reprisals.

A Palestinian Authority worker who gave his name only as Abu al-Abed said the clashes showed that the reconciliation deal was doomed. “Rest in peace,” he said.

Later, Hamas said that Qatar, which has provided aid to Gaza before, would help the new government pay the salaries, especially for employees of Gaza’s former government.