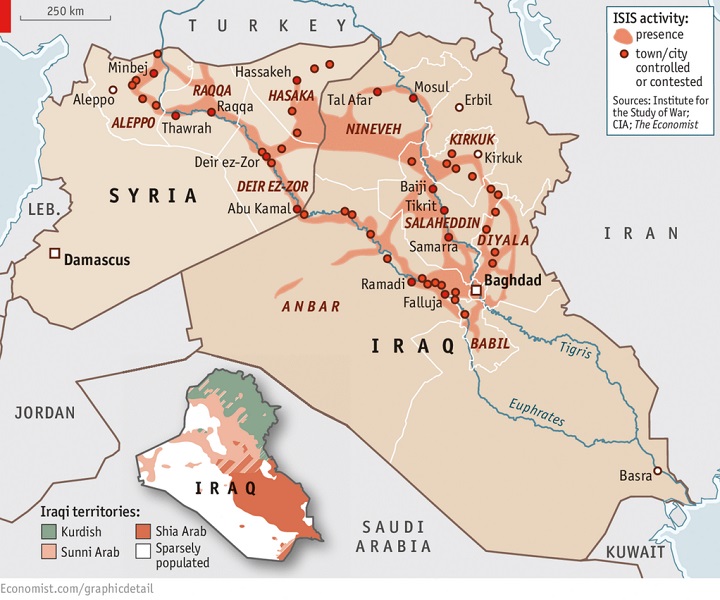 Over the past three months, fighters from the Islamic State have targeted cities and areas in northern Iraq and Syria and massacred soldiers and residents, especially those belonging to minority tribes and other Muslim sects and religions. Here’s a breakdown of some of the worst attacks by the radical Sunni group, inspired by al-Qaeda:

560 to 770 people killed, according to Human Rights Watch.

The militant group had initially claimed that 1,700 soldiers were slain. The group “posted graphic photos that appeared to show its gunmen massacring scores of Iraqi soldiers after loading the captives onto flatbed trucks and then forcing them to lie face-down in a shallow ditch, their arms tied behind their backs.”

670 people killed, according to the U.N. High Commissioner for Human Rights.

About 1,000-1,500 prisoners from a jail in Mosul were lined up into four rows. The militants asked those who were Sunnis to step aside, then ordered the rest to kneel and opened fire on them.

Estimates of at least 40 people killed in four villages.

The attacks took place south of Kirkuk, two weeks after the Islamic State captured Mosul, a major Iraqi city. This video below shows tanks that were abandoned by Iraqi soldiers as the militant group made gains.

At least 80 members of the minority religion were massacred.

In addition, thousands of other Yazidis were stranded on a mountain in northern Iraq as they tried to escape the al-Qaeda splinter group. President Obama said many were starving, and that their deaths “would constitute genocide.” The plight of the Yazidis prompted the White House to order airstrikes against the Islamic State.

120 Syrian soldiers who had been captured were subsequently killed, according to the Syrian Observatory for Human Rights.

The deaths occurred as the Islamic State seized the Tabqa airbase, which was one of the last strongholds of the Syrian army in the northern region of the country.

700 tribesmen in eastern Syria were killed, according to the Syrian Observatory for Human Rights.

Most belonged to the Shueitat tribe, and were crushed after an attempted uprising against the Islamic State.