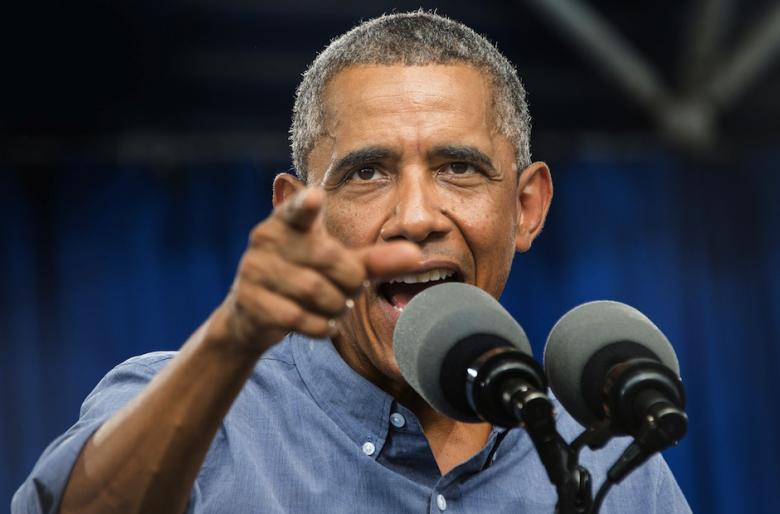 (Al-Akhbar) – US President Barack Obama surprised his visitors, the delegation of Eastern Christians patriarchs, on Thursday when he told them that Syrian President Bashar al-Assad “protected the Christians in Syria.” Obama met with the delegation in the White House for 35 minutes, during which the patriarchs presented a paper in which they exposed the situation of Christians in the Middle East and the threats and challenges they are facing, due in part to the expansion of the Islamic State in Iraq and Syria (ISIS) militant group.

Sources told Al-Akhbar that the highlight of the meeting was when Obama said the following phrase: “We know that President Bashar al-Assad protected Christians in Syria.”

Obama then used the term “the Syrian government” instead of “regime,” which is usually used by the US to describe the government in Syria.

The confused attendees could not believe what they heard. However, one of the guests addressed Obama and said: “Then you should stop talking about a moderate Syrian opposition.”

Obama spoke about the planned US airstrikes in Syria, claiming that they will help “facilitate the (Syrian) political process.”

Meanwhile, Republican Texas senator Ted Cruz was booed off stage Wednesday night in Washington when he defended Israel at a gala sponsored by In Defense of Christians, a group whose objective is to focus public attention on the plight of persecuted Middle East Christian groups.

“Christians have no greater ally than Israel,” Cruz said, drawing a sharp response from the audience who started booing.

Maronite Patriarch Cardinal Bechara Rai asked the attendees “not to to respond to Cruz and to focus on the conference and its objectives instead of individual statements.”

The Patriarch of Antioch and All the East and the spiritual leader of the Melkite Greek Catholic Church, Gregory III Lahham, and Lebanon’s ambassador to Washington Antoine Shadid both withdrew from the dinner after Cruz attacked Hezbollah.

Lahham also refused to participate in a session about the situation of Christians in the Middle East because of its dubious objectives and problematic speakers.

Lahham found out that US state representative Chris Smith, who was scheduled to give a speech in the session, was planning on condemning Syrian President Bashar al-Assad, something that Lahham regarded as a departure from the conference’s objectives.