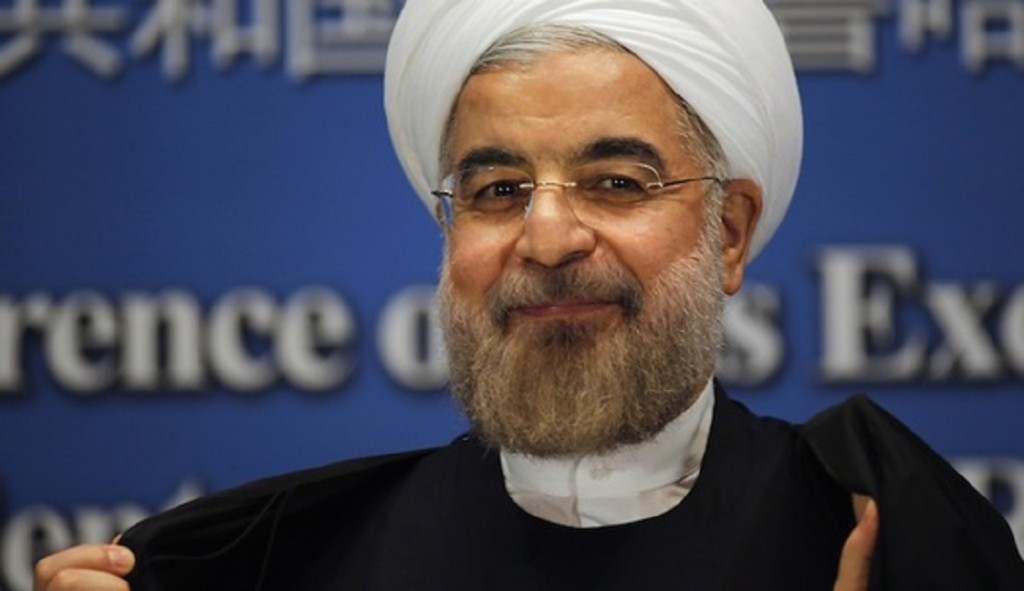 (AL MONITOR) – On the one hand, they need Rouhani to reach a deal with the United States over the nuclear program so sanctions are removed. The damage from sanctions is too large and too serious to ignore. In fact, the Iranian regime is so worried by the impact of sanctions that Iran’s media has been warned not to publish news discussing their impact because such news could “hurt the country.”

On the other hand, a deal over Iran’s nuclear program would be a victory for Rouhani that could boost his popularity inside Iran and provide him with more leverage. His conservative opponents do not want this.

Conservatives witnessed how Rouhani was backed in the 2013 presidential elections by Hashemi Rafsanjani. If Rouhani gets a boost, then so will his ally, Rafsanjani. This could create all sorts of undesirable scenarios for the conservatives.

Ayatollah Ahmad Jannati, the head of the powerful Guardian Council, recently warned of such a scenario, whereby Rafsanjani and his allies try to win next year’s Assembly of Expert elections. These elections take place once every eight years, and the assembly’s members are in charge of choosing Iran’s next supreme leader, among other things. Supreme Leader Ayatollah Ali Khamenei is 74 years old and not getting any younger. For now, no one knows who will replace him, but this is slowly becoming an issue that is being publicly discussed. One thing is certain — the conservatives do not want Rafsanjani to have a say over who should become the next most powerful man in Iran. A boost in Rouhani’s position may make Rafsanjani even harder to ignore and isolate.

Conservatives fear a stronger Rouhani because it could mean a renewed push inside Iran to wean the economy away from the clutches of the Islamic Revolutionary Guard Corps (IRGC) — or worse, more access to Internet and more calls for the release of the jailed leaders of the Green Movement Mehdi Karroubi and Mir-Hossein Mousavi, as Rouhani has been doing behind the scenes.

So, what should the conservatives do? The answer: adopt a containment strategy against Rouhani.

This strategy consists of taking steps that make Rouhani look weak and ineffectual to the Iranian public. The timing of such a strategy is important. Rouhani’s opponents can’t wait until the day after the nuclear deal to do this, as it could be too late, so they have already started to apply their strategy.

On May 18, Rouhani repeated publicly that Internet controls must go. On May 20, six young Iranians were arrested for posting a video online in which they danced to Pharrell Williams’ song “Happy.” Five were later released on bail, while the director of the clip remains in custody. According to reports, “During their detention the young women were forced to strip naked and perform squats in front of female police officers.” Upon entering their apartment, the police videotaped the bashing of “everything in sight.” The actors were forced to confess on television.

There are other examples as well. Rouhani’s Foreign Minister Mohammad Javad Zarif has publicly stated that the Holocaust took place. However, during his New Year’s message, Khamenei publicly questioned the Holocaust. This is in addition to Zarif being called before parliament to explain his remarks regarding the Holocaust because some conservatives were unhappy.

Since coming to power, Rouhani has called for a freer press, yet we still have a conservatively aligned judiciary — over whom Rouhani has no control — that undermines the president by continuing to close newspapers.

Perhaps the worst example of all is the issue of human rights in Iran. Rouhani’s published Citizens’ Rights Charter was meant to protect human rights in Iran in accordance with Iran’s constitution, which forbids torture. However, since the start of Rouhani’s term, torture continues unabated and there has been a spike in the number of executions inside Iran.

Quite possibly, the worst is yet to come. As we move closer to a deal — or even, potentially, after we sign a deal — we could witness even more egregious abuses of human rights, since, at this time, Rouhani’s popularity could reach new highs. This could prompt a jump in executions, as well as more crackdowns against the press and Internet use.

The important question is: Where does the supreme leader stand? When it comes to Rouhani, Khamenei is applying a dual-track strategy: support and contain. Meaning, support Rouhani in the talks by creating a firewall around him so conservatives can’t hurt his efforts to reach a deal with the P5+1, and at the same time tacitly allow the conservatives to contain him. Let’s not forget that the head of the judiciary — one of the main organizations involved in containing Rouhani — is under his authority.

The odds are stacked against Rouhani.

A deal with the P5+1 could be the end of sanctions, but the start of new problems, such as unprecedented attacks and challenges mounted against Rouhani by the hard-liners. Once Rouhani has served the supreme leader’s goal of ending sanctions, will the leader have any interest to continue defending him? The answer may be no, at least not in the same way as before.