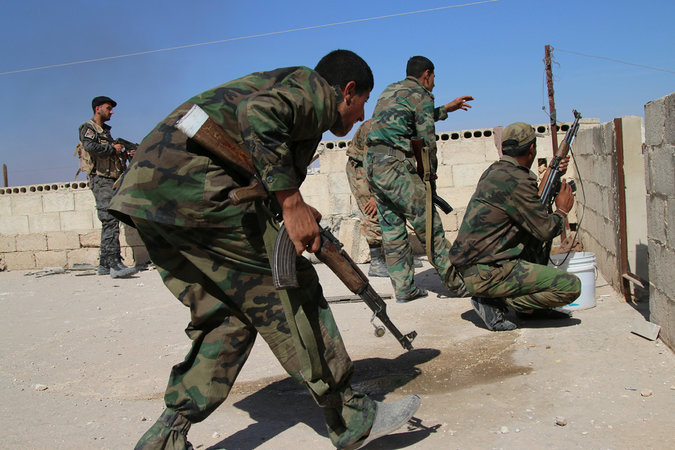 BEIRUT, Lebanon — Insurgent commanders say that since Russia began air attacks in support of the Syrian government, they are receiving for the first time bountiful supplies of powerful American-made antitank missiles.

With the enhanced insurgent firepower and with Russia steadily raising the number of airstrikes against the government’s opponents, the Syrian conflict is edging closer to an all-out proxy war between the United States and Russia.

The increased levels of support have raised morale on both sides of the conflict, broadening war aims and hardening political positions, making a diplomatic settlement all the more unlikely.

The American-made TOW antitank missiles began arriving in the region in 2013, through a covert program run by the United States, Saudi Arabia and other allies to help certain C.I.A.-vetted insurgent groups battle the Syrian government.

The weapons are delivered to the field by American allies, but the United States approves their destination. That suggests that the newly steady battlefield supply has at least tacit American approval, now that Russian air power is backing President Bashar al-Assad “We get what we ask for in a very short time,” one commander, Ahmad al-Saud, said in an interview. He added that in just two days his group, Division 13, had destroyed seven armored vehicles and tanks with seven TOWs: “Seven out of seven.”

Spirits are rising on the government side as well. Weapons and morale are “at a new level,” said an official with the newly revived alliance of Russia, Iran and the Lebanese Shiite militia Hezbollah that is fighting on the behalf of Damascus.

Instead of a dim light at the end of a tunnel, the official said, speaking on the condition of anonymity to discuss military matters, the alliance is seeking something closer to victory. The aim now is to retake Syrian land that had been given up for lost, take the ouster of Mr. Assad off the table for good and reach a far more advantageous political solution after establishing “new facts on the ground.”

But as Russian airstrikes against Syrian insurgents have picked up, so have insurgent attacks, documented in online videos. TOW missiles weave across fields, their red contrails blazing, chasing Russian-made vehicles used by Syrian government forces and blowing them up.

At least 34 such videos have been posted in just the last five days from the battlefield in Hama and Idlib Provinces, where TOWs have helped blunt the Syrian government’s first ground offensive backed by Russian air power.

One official with a rebel group that is fighting in Hama called the supply “carte blanche.”

“We can get as much as we need and whenever we need them,” he said, asking not to be identified to avoid reprisals from rival Islamist insurgents he has criticized. “Just fill in the numbers.”

He said he believed Russia’s entry into the conflict had made the difference.