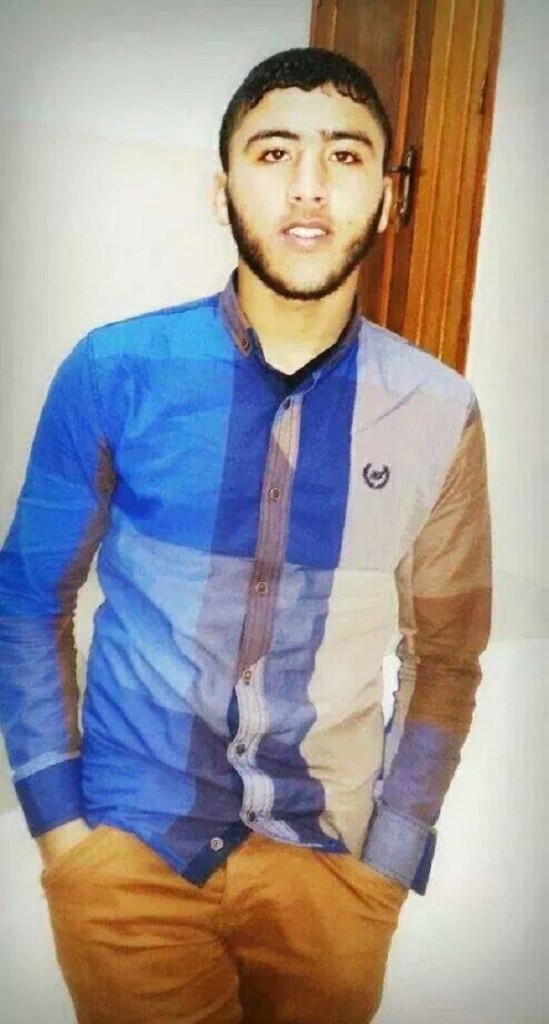 (Taghreed Atallah – Gaza)  – And now, how could I tell to the world my little brother Mohammed, in one minute…, just one minute left our life’s, suddenly, without can say goodbye to any one, neither my mother, neither any one of our brothers! How could I say that an awful Israel’s weapon murder him only because he dreams and fights for the freedom of his country, to be free as any other country in the world ! Suddenly my little brother – who runs from here to another place, who dreams in finish his University degree so soon, who uses to smile to all and every children in the street- suddenly his short life turn into history, just Palestinian story !

At one night of this dirty war, while the electricity was off and we have not enough water at home, my older brother Aymen, heard through his radio (dial on his mobile) that Mohammed was murdered ! Quickly he went to confirm about that it would be true .. We suffered hard moments, spent in pray God the new could be wrong, or the broadcaster had a mistake in spelling the name, as sometimes happens. At last The confirmation came: He was dead! My mother’s heart was sure about it! And we know when a mother feels, her feeling will be true! And come true … it had happened really! Now Mohammed is dead, his short life (October 1993-August 2014) ask everyone in the world what he have done in this short period? His next birthday would be just perfect and brilliant 21 years!

Mohammed Saad, that was his lovely name, which my uncle Nemer choose for him, because he was born during their toun happenice, this feeling will bring happiness for himself and his parents, as my uncle hope! Mohammed was the younger son, in a time my parents missed a new son, nevertheless my family were 9 (men and a women),and he was the ten! When come life, we all worked how take care for him ,and he grow up as one who have everything’s!

Grow up to be 13 yr to be in close and for our brother (Mustafa 1984),to be Mustafa like the God father for him, Always used on follow him in all his habits and idea’s. In (10 June 2008) Israel weapon killed mostafa, since that moment Mohammed still think how happened this accident for his best friend, why murdered? why Israel also murdered his friend after a time? and what can he do? Where will go and many question, continuo and hard search to understand his violent shock ! Until he start dream about freedom for his country as Mustafa grow on, and day by day start his way which he was choose for him in way for life, start study in university, always be such a wonderful friend for all of the family, despite everything he used to enjoy with his life, in the same time still hope for freedom or looking for pure Skye or writing his daily feeling

Okay, maybe nothing help us to be better especially after hard suffering during the war, Nothing make any mother even for one moment to forget that her child is gone, go away,..

Type these details while I think that this story wrote it another sister for his brother, maybe with the same details, with the same feeling, and maybe she is already write what exactly I write now, not just her maybe a lot of girls who she was feel sad for lost her brother`s or sister`s or parent`s or friend`s or any dear one !

Thinking in this way make me strong, also when remember great telling for Mohammed, said:”one thing make me strong again every time, but make me also down at the same time :that life will go on despite what has happened!”.

Also another said for Mohammed: if the bodies go way, will souls meet !